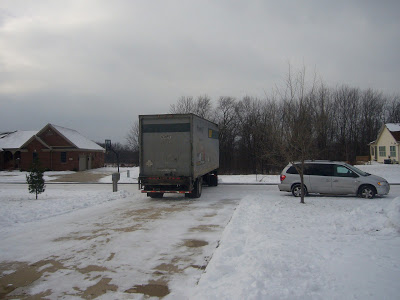 Yes, my A-1 arrived on Friday as scheduled!!!!  Yippee!!  Can you all just see my leaping, jumping for joy!  I still cannot believe it!  It’s not put together yet, but it’s home safe.  Jamie Wallen is coming the beginning of January to spend a couple of days with me setting up and training.  I can’t wait!!

Last week had been a long and crazy week, including Friday.  Work has been super busy because we are on the tail end of the Christmas shopping season.  Elaina was home sick Friday.  Poor thing missed her class Christmas party.  It was her last one ever because next year it’s off to middle school.  I’ll share more about that later this week.  Then all the craziness with the A-1’s delivery.  I was so relieved to finally get the call that the delivery truck was going to be arriving at any minute.  It was like a dream when I saw the truck in front of my house!  Then I snapped back to reality when the poor truck driver got stuck on some patchy ice in the road while trying to back down my driveway!

Scott had to throw tons of salt on the road to get him off the ice.  Took a little time, but he made it! 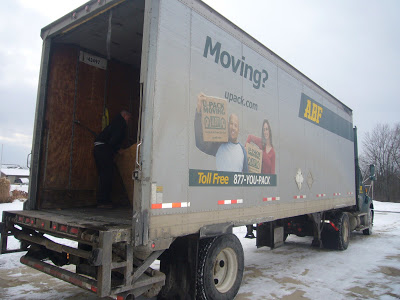 Scott jumped right in the back to help the driver unload my machine. 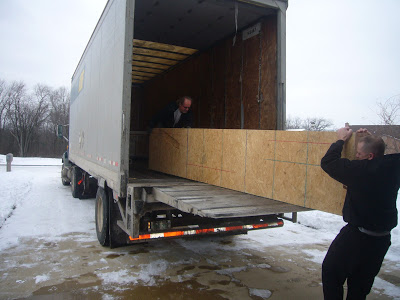 This long crate housed the 12 Ft. long table to the machine.  That’s what makes the A-1 a little different and so smooth.  The table is one solid piece! Amazing for quilting, pain in the you know where for moving!!  Later that night, Scott said if we sell the house and move, the machine stays.  LOL!  It weighed a ton, well like 300 pounds with all the lumber housing it!!  I was sure to snap this photo because if you’ll look closely on the end in the truck still, there’s a huge hole in the side of the crate!  The truck driver said it was damaged when they were loading the machine.  As soon as it was in the garage, Scott opened the crate to make sure there was no damage.  Almost!  They barely missed the motor to the hydraulic lift of the table!  Trust me I let out a huge sigh of relief!!  Actually, we all did, including the truck driver!

As I said, the table is one long, solid piece, so getting it in my new studio, which is in our finished basement was quite a challenge.  Thank goodness a friend of ours came over to help.  I’m pretty sure Scott and I couldn’t have done it by ourselves.  The plan from the beginning was to go through a large basement window, but for some reason my Santa thought he could make it down the stairs with it.  I insisted the window was the way to go.  Guess who found out the hard way that I was right??  So eventually it came through the window.  It wasn’t easy mini nightmarish, but they did it! 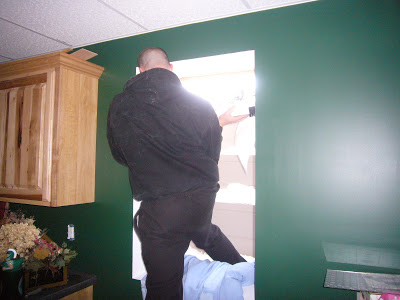 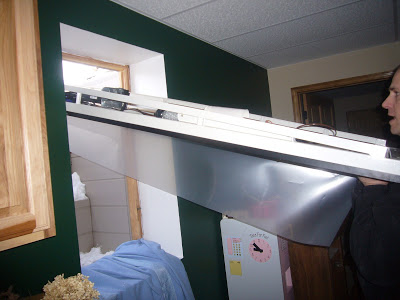 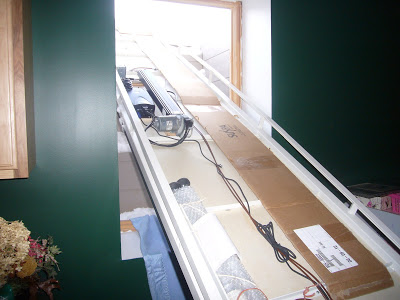 It’s now laying on the floor of my family room.  All the parts seem to be here.  Don’t worry, I will take LOTS of pics when it is all set up!  Scott was so exhausted Friday night!  Thanks Santa!

I can’t wait until it’s all set up.  I know it will be before I know it.  Then all the practicing will begin!!