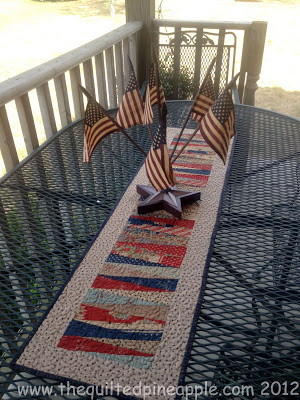 Since it is Olympic time again, I thought I would continue with this patriotic theme.   FYI, I LOVE watching the Olympics!!!!  American Banner Rose Runner!

Kind of an interesting story of how this runner came to be.  I had a Layer Cake of American Banner Rose by Minnick and Simpson for Moda in my stash.  Wasn’t sure what I was going to do with it until I saw this really cool template from Missouri Star Quilt Co.  The 10″ Layer Cake Tumbler Template.  Easy peasy giant tumbler throw is what I was thinking!! 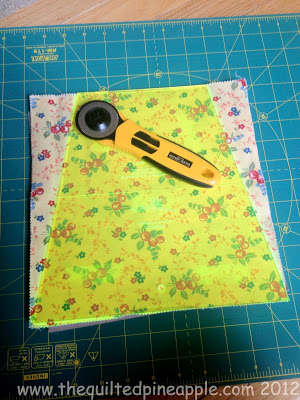 Took literally like 5 minutes to cut an entire Layer Cake. 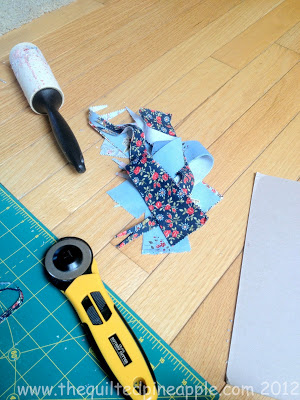 I had a pile of these scraps when I was done.  I planned on throwing them away, until Elaina started nesting them together and suggested I make a runner with them.  Smart cookie!! 🙂 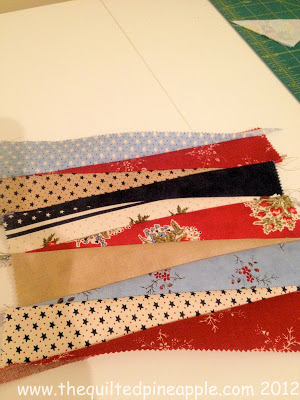 Squared it up and added a border. 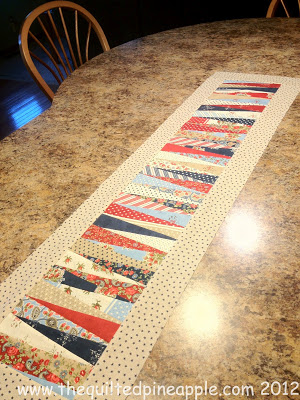 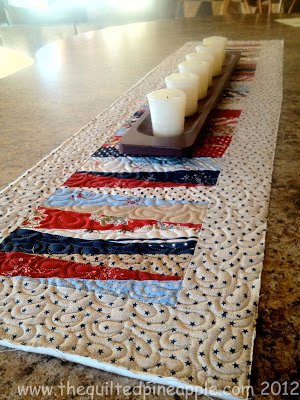 Scooter was more than happy to assist with some bindings. 🙂 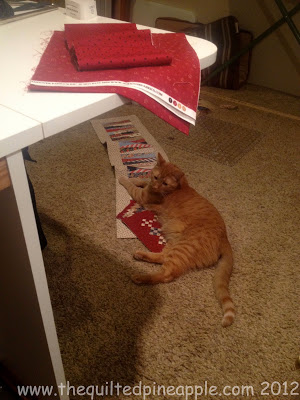 I have to admit, I didn’t love it.  I liked the runner, but no love.  I thought it kind of looked like neckties.  I figured “no biggie” because it was like a free little quilt.  Throw away scraps and stash fabric.  It dawned on me that while I thought the fabrics were beautiful, they were a little bright for my taste, especially the light blue.  I had a light bulb moment.  Bring on the Tan Rit Dye!!!  I have never attempted such a thing, but figured I had nothing to lose by trying out the process on this.  Scott and the girls picked some dye up at the store for me. 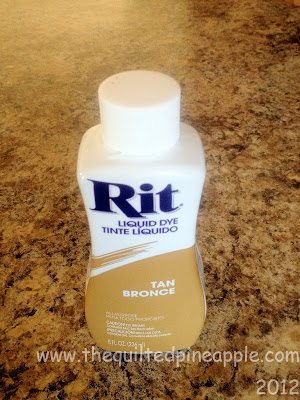 The store only had liquid.  Not sure if it makes a difference.  I used a little more than half the bottle and set the water level at a small load.   I should have taken a photo because the runner seemed pretty brown after the first wash!!!!  Granted it was wet, but still I was a little panicked that I went overboard with the dye.  I ran it through a second, regular wash with some Oxy Clean.  After it dried, it was PERFECT!!!! 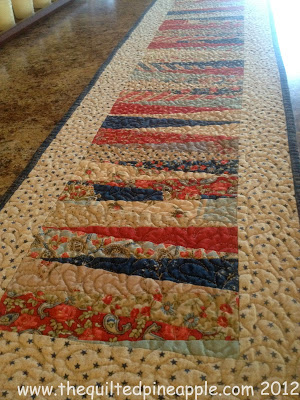 Crinkly, aged and antiqued!!!!  Only LOVE for this runner now! 🙂 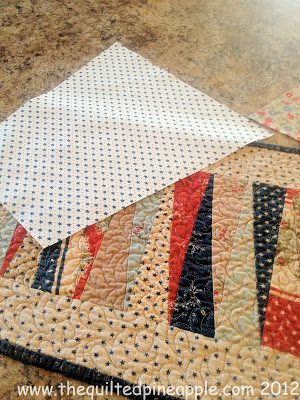 Big difference from where it started!!!  The light blue is now my favorite fabric!! 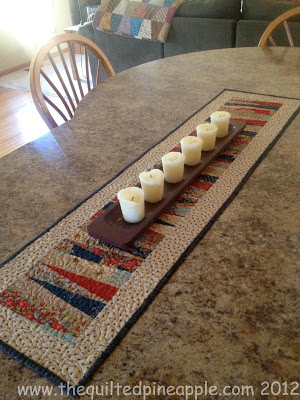 I planned on using it on the kitchen island, but I think I like it on the back porch better! 🙂 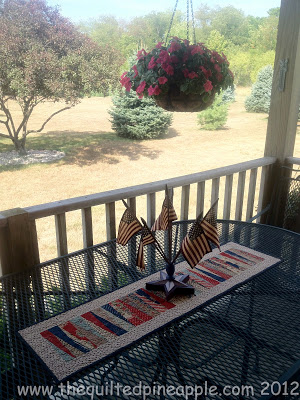 I highly recommend the Tan Rit Dye process!!!!  I will definitely use it when I make the tumbler throw from the Layer Cake.

Hope everyone has a great weekend!!