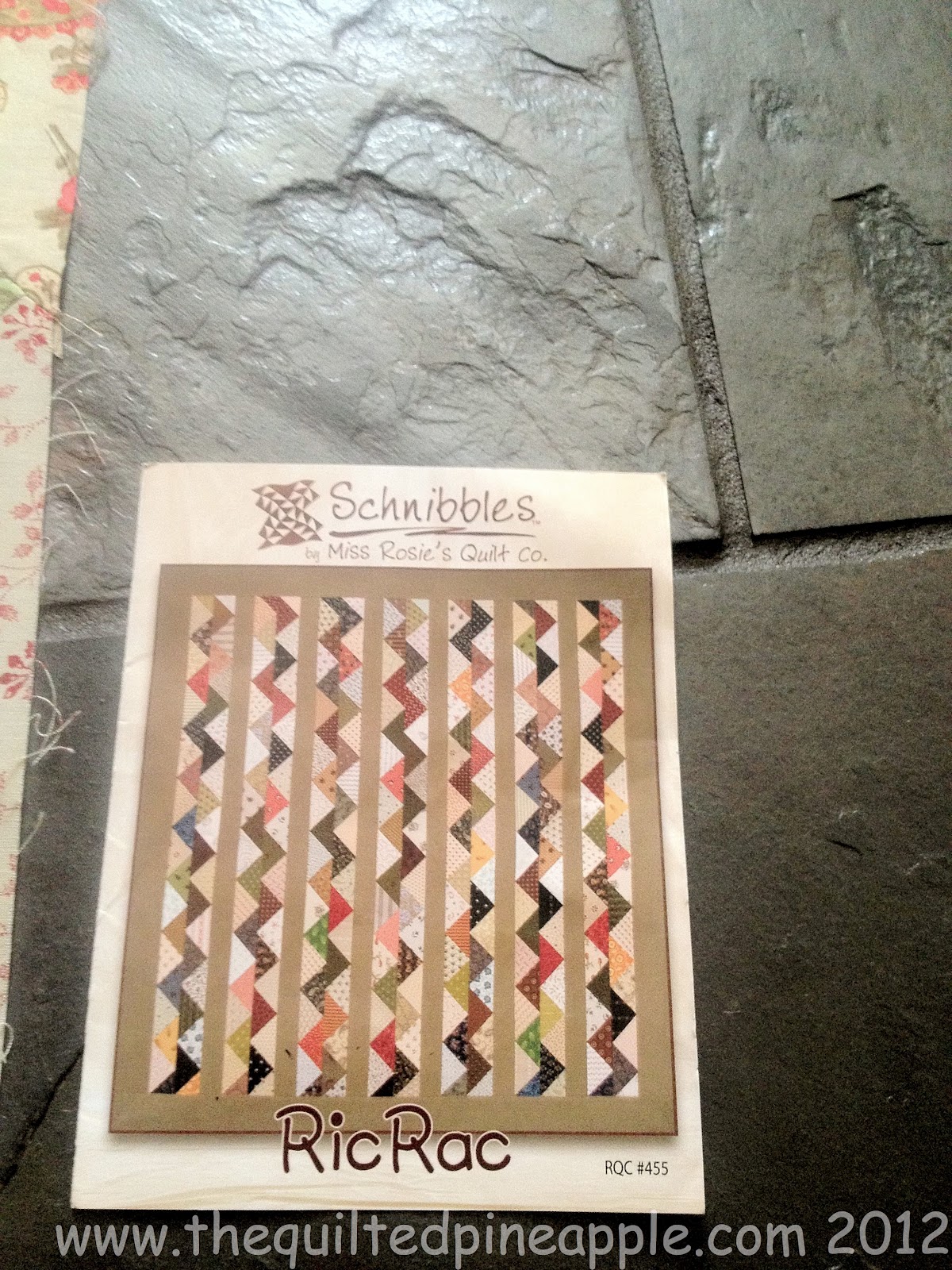 The World’s Largest RicRac…Schnibble That Is

Have you ever had an idea in your head that seemed so good, but then in reality wasn’t so good??  Yeah, happens to me more times than I care to admit.  So last year I was going to make RicRac, a Schnibbles pattern from Miss Rosie’s Quilt Co by Carrie Nelson.  I was making it for one of the month’s Le Petite Parades.  Anyways, I had won a Layer Cake of Grace by 3 Sisters for Moda and thought I would use the layer cake instead of charm squares for the pattern.  Instead of cutting the layer cake into sizes equivalent to charm squares, I decided to just cut the layer cake up as if it was a large charm square pack.  I would follow the pattern, just substitute really big pieces for the small ones.  Doesn’t sound so bad?  Yeah, that’s where my brain and reality were on two different pages.  And for the record, Carrie kindly gives directions if you want to use a layer cake, but I thought I was sooooo clever and ignored them…HA!!!!!  For reference, here is the pattern.

It finishes at 38″ x 40″.  Well, actually I did adjust the pattern, I added more pieces to make my quilt even longer and wider.  So what did I end up with?? 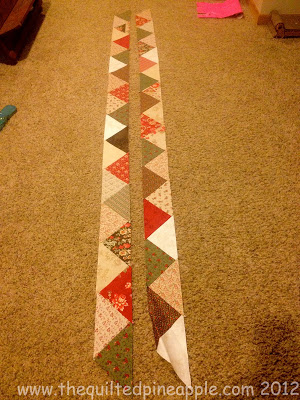 Ummmmm, these are about 111″ long!!!  Yes, they are.  This has wonky, snake like rows written all over it!!  Why you ask was I thinking this was a good idea?  Simple.  I do not have a quilt for my bed.  I am the Queen of Small Quilts and giving quilts away, yet never take the time to make a quilt for my own bed.  We sleep under the most pathetic comforter EVER.  I will only reveal it, once I have a quilt on my bed, which I hope you all continue to read my blog for a very long time! 🙂  So basically,  I was thinking this would be a great king size quilt for my bed.

I was so nervous to join the two rows together.  I was afraid one would end up being longer or it would look like a giant “S”.  Like a big “S” for Michigan State.  Normally, I would love that, but not so much in this case. 🙂  Carrie gave a helpful hint to mark the center of each triangle and match them up, as too avoid “growing” rows.  I took the time to do that and carefully sew them together. 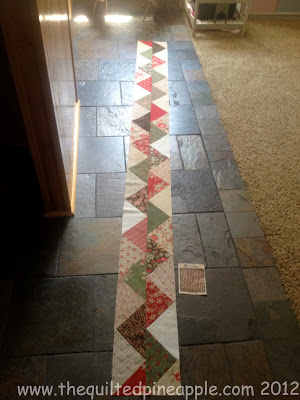 Well, look at that!!!!  Not so bad!!!!  Pretty straight and no growing!  No giant “S” here!  Once I square up the ends, it measures 102″.  Exactly where I want them!  With borders and sashing, my surely World Record holding RicRac will finish at about 114″ x 115″.  One row down, only 9 more to go.  I haven’t touched this in months, so I don’t think a finish will be too soon.  Hopefully, before the next Summer Olympics! 🙂