It’s October 1st!!! Can you believe it???  Seriously, I can’t.  September went by so fast!  I’ve been spending nearly all my time downstairs in the quilt studio, so much so that I can’t tell if it’s day or night sometimes!  My neighbors are convinced I’ve gone into hibernation early this year.  They always joke that no one sees me from Thanksgiving until April 1st.  LOL!

October has always been my favorite month out of the year.  It seems all good things happen in October.  Let’s see…my birthday, Halloween, wedding anniversary and blogging anniversary.  Wow, what a month!!  Well, to kick off the month, I need to reveal the Schnibbles I chose for last month’s Le Petite.  We could choose any Schnibbles pattern we wanted and there was only one pattern for me.  I chose…

Full House Schnibbles by Carrie Nelson for Miss Rosie’s Quilt Co.  It’s one of Carrie’s newest Schnibbles patterns.  It was love at first sight when I saw this pattern!!  I knew I couldn’t wait to make it.   I almost copied Carrie’s quilt exactly.  The charms squares are Little Gatherings by Primitive Gatherings.  I love these fabrics!!!  Being the Primitive Gatherings groupie that I am, you know I had to make my version of Full House with these too!  On the pattern cover, the borders are the red from Le Petite Ecole by French General.  After much fabric auditioning with Kristin, we decided we really liked the steel blue/gray from Le Petite Ecole. 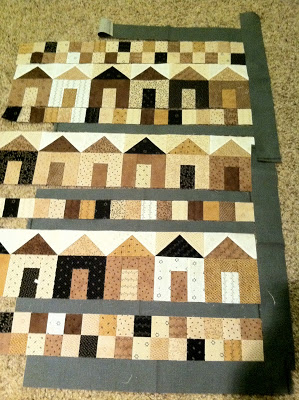 It was in my stash, which was even better!!  I think this border fabric choice makes it look just a bit more prim.  The colors look perfect in my house!!

I managed to finish this project last week.  I surprised myself.  I just try to sneak a few moments here and there for my own sewing.  Literally moments, but they add up. 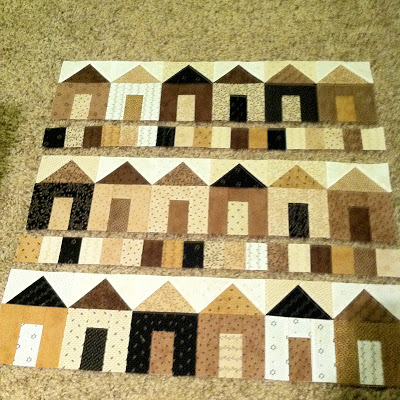 Baby steps.  One thing that helps, I size my fabric as soon as I bring them home.  That way they are ready to cut when I need them.  Honestly this was one of the fastest Schnibbles I’ve ever made.  It went together like butter and perfectly! 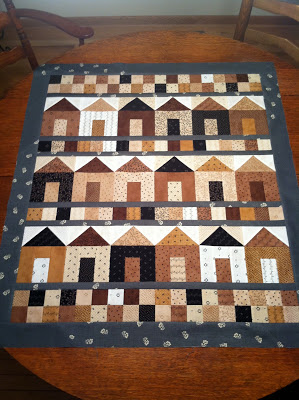 A credit to what a genius Carrie is! 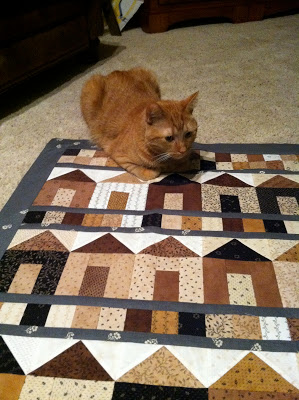 This was our last Le Petite project.  BUT, I’m looking forward to making more Schnibbles in 2012!  Sounds like Sherri and Sinta are going to be hosting “Another Year of Schnibbles” starting in January.  I wonder what the first Schnibbles pattern will be…maybe Bibelot?? 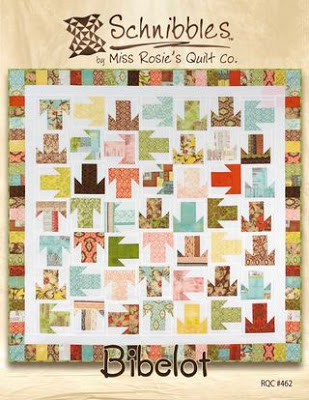 Thelma over at Cupcakes n’ Daisies is doing some serious campaigning to have the name changed to “T” Stands for Thelma.  She might have a pretty valid point. 🙂

Make sure you stop by Sinta’s and Sherri’s blogs to see the Le Petite parade of Schnibbles.  AND make sure you wish Sinta a Happy Birthday too!