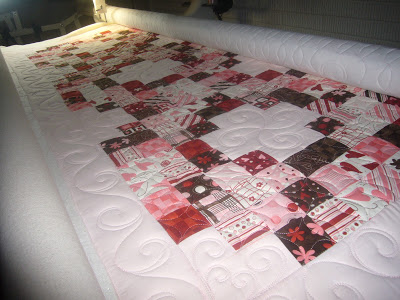 Happy Valentine’s day!!  I thought I would write a quick post because I am trying to finish up some bindings on client quilts.  I thought I would share a Valentine themed quilt that I quilted for my client Mary.  I quilted it last Fall.  Remember, I’m still playing catch up on some show and tell.  Mary made it for her daughter.  I believe she said she used a Jelly Roll and some yardage.  Turned out beautiful!!  Very sweet! The lighting wasn’t great the day I took it off the frame, so the majority of the photos I’m sharing are while the quilt was still on the machine.

I have quilted several quilts for Mary, so she pretty much trusts my judgement on the quilting at this point.  She did express she wanted some custom quilting though.  It’s all freemotion. 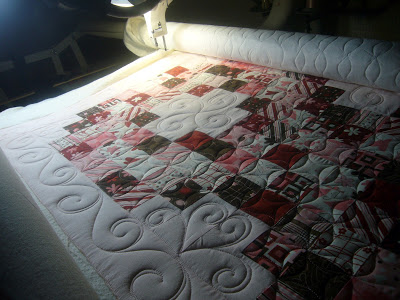 I did some continuous curve, swirls and swirls which formed a kind of heart motif in the open areas of the Irish Chain.

The borders were not small but not big either.  I think the swirl design fits nicely.  Came out really evenly spaced too for not premarking! 🙂 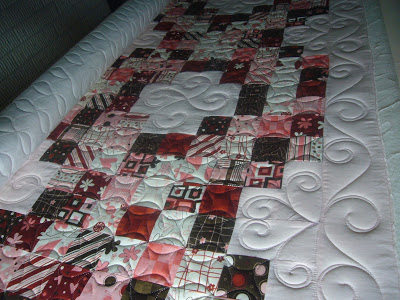 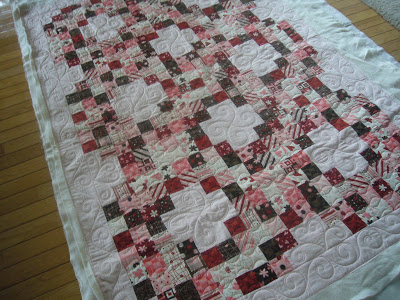 The back looks so pretty too. 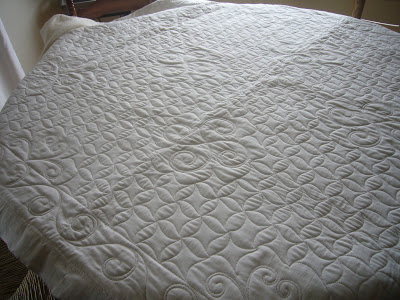 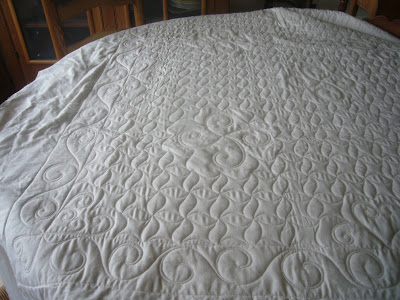 Mary provided some Request Dream Cotton batting, which is the thinnest loft.  I had enough to double batt, so that’s what I did.  I worried it would be too thin and it might be more difficult to get consistent tension.  It worked beautifully.  I am so glad I doubled up on the batting.  I will be giving a little batting review soon as I have been able to sample some.  I used the prettiest shade of Pink Glide thread top and bobbin. 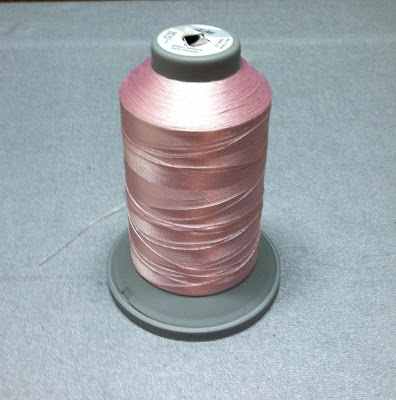 It was perfect.  Glide is a great name for this thread because it really does just Glide through the machine and the quilt.  Like butter!  As I have mentioned before, there is some sheen on this thread but on the right quilt, it’s gorgeous.  I took a photo with flash on so you could see the sheen.  It looks like a metallic thread! 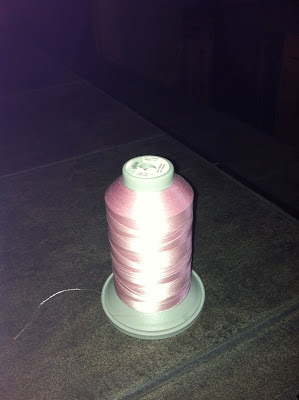 Pretty!!  Mary was delighted with her quilt! 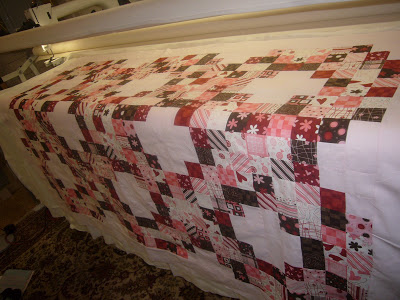 Has anyone been having Blogger issues?  I received a few emails yesterday from readers stating they couldn’t leave comments.  I have also had issues leaving comments on blogs as well.  Not sure what the deal is??

Hope everyone has a wonderful day!