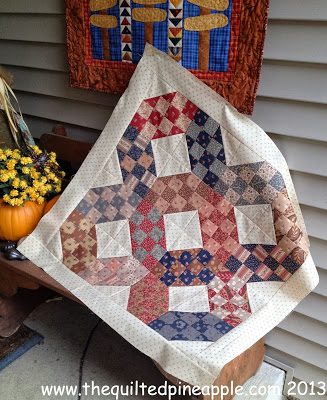 Thank you so much for all the kind comments on my last post regarding Rita’s quilt! Thank you. 🙂

It is October 1st and that means it is Schnibbles reveal day!!! Yippee!  It was nearly a miracle that I actually pieced one last month (Canasta), but 2 months in a row!!!  I am on a roll.  Seriously, you would have better chances betting on the Detroit Lions to win 2 games in a row.  It is just so hard to pass up a new Schnibbles pattern.  I ordered the PDF of Mercerie from Carrie’s website here as soon as I saw it.  Mercerie Schnibbles is by Carrie Nelson of Miss Rosie’s Quilt Co.  I knew I had just the charm packs I wanted to use too…like it was meant to be. (wink wink)

I used two charm packs of 1862 Battle Hymn by Barbara Brackman for Moda.  The background a reproduction fabric from the line Civil War Ladies by Judie Rothermel for Marcus Fabrics.  This pattern went together so easily and quickly, it practically pieced itself!  It could easily be done in a day or afternoon of uninterrupted sewing time.  I wouldn’t know anything about that, but I imagine it could be done. 🙂  I actually finished this a few weeks ago…way ahead of the reveal.  Just 10 minutes here and there between machine quilting…DONE!  Just follow Carrie’s GENIUS instructions and you’re golden! 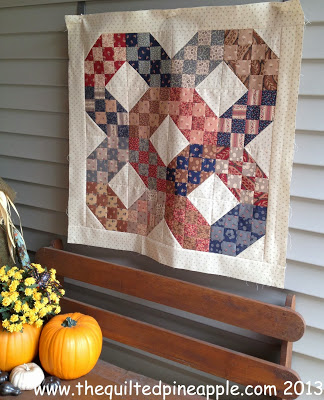 I made a few of the blocks a little scrappy.  I really would like to make this pattern again, but completely scrappy! 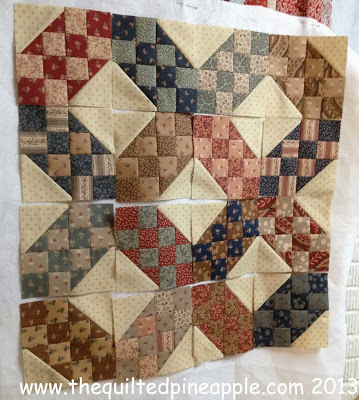 Blocks came out the exact size the pattern (Carrie) said they would.

I used the Fit To Be Quarter ruler from Monique Dillard available here that Carrie suggested. 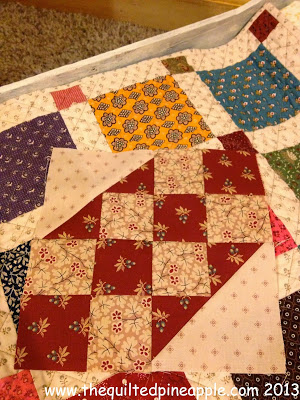 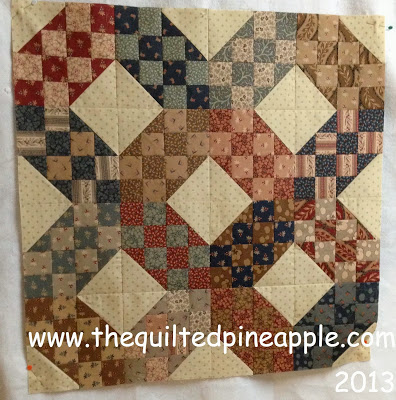 All pieced.  At this point, I am always undecided on borders. 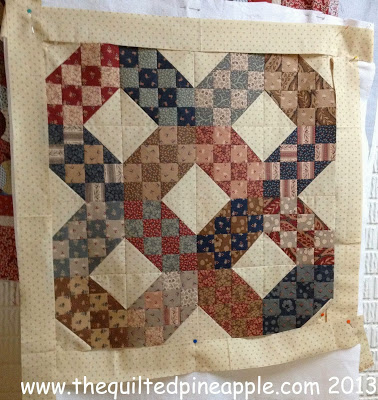 I tried them on and decided I preferred it with borders. 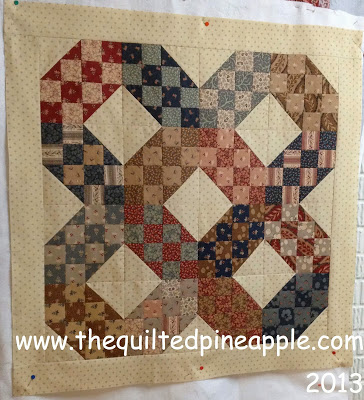 Make sure you stop by Sinta and Sherri’s blogs later to see the Parade Mercerie Schnibbles. 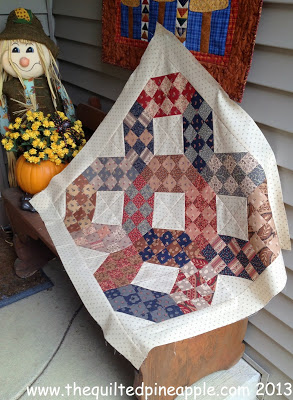